What is Corrosion Control in a Plumbing System? 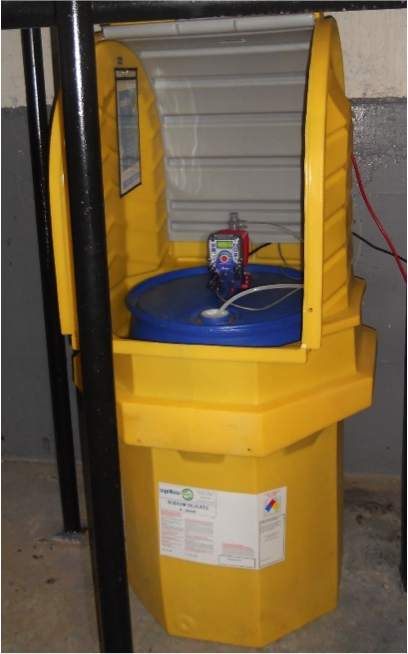 Domestic copper pipes are typically rated for a life of 40 years. Actual results vary because of materials used, workmanship and water quality. Once a system is installed, it is difficult and expensive to address the material and workmanship problems, other than replacing failed sections on a reactive basis. The water quality problem can be addressed for the entire system on a pro-active basis. Water thins pipes simply through the pressure of the system and the friction of the water flowing. In the case of hot recirculating pipes, the fraction is continuous. The composition of the water also causes the pipes to corrode, with elements in the water sticking to the inner pipe walls and causing pinhole leaks. The water can also cause valves to corrode open or shut over time.

Corrosion in plumbing systems has been a problem for water authorities and property owners for nearly a century. Utilities began adding anti-corrosives to their water in the 1920’s to protect their pipes to end users. The anti-corrosives were typically phosphates and silicates, which were deemed to be safe and were naturally occurring. The anti corrosives have a slightly negative charge which is attracted to the pipes, which have a slightly positive charge. This attraction allows a protective layer to form inside pipes, which insulates the pipe from most water friction and prevents elements in the water from interacting with the pipe walls. The anti-corrosives must be continuously introduced into the system to prevent the protective layer from washing away.

This same approach to prevent corrosion that utilities use, can be applied to the plumbing systems of commercial properties, and are most cost effective in multi-family settings. Using corrosion control, a property owner can safely and effectively protect the pipes from further deterioration, without opening up walls or disrupting residents.

SageWater Renew has developed a modern corrosion control system to stop pinhole leaks and pipe corrosion in plumbing systems for property owners who want to extend the life of their plumbing system. Renew is a fraction of the cost of alternatives such as epoxy lining, and Renew typically has a payback within the first year. Contact us for more information or a free consultation.

More in this Section: